The 20th opening ceremonies of the Primrose Elementary School Wee Deliver Post Office were a mix of fanfare, singing, and encouragement as second graders dressed in their best red, white, and blue gleefully dropped their letters into the bright blue USPS mailbox.

The first shift of 23 second-grade postal workers entered the cafeteria carrying mail totes and waving American flags accompanied by music teacher Stephanie Closson on the ukulele. To get in the spirit, all second-grade teachers and students sang “America the Beautiful,” “Mail Myself to You,” “This Land is Your Land” and their own special song “Wee Deliver Mail” written several years ago by a staff member.

The Wee Deliver Post Office has been a Primrose tradition for 20 years. As the oldest students in the school, the 200 second graders will take two-week turns during recess collecting, sorting, and delivering mail to Big Top City, ABC, and Tuskertown – the school’s kindergarten, first and second grade classrooms and mailboxes located outside specials classrooms and other locations in Primrose. 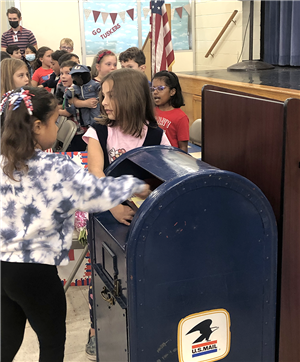 The second graders all took a postal exam, submitted applications, and were interviewed by members in the school community including Superintendent Raymond Blanch and Somers High School Student Resource Officer Matthew Hickey, who did the official swearing in of the students. The Primrose PTA made sure there were brand new mailboxes outside of each classroom to receive the hundreds of letters that will be delivered this year.

“My favorite letters are the ones that ask questions,” said School Counselor Katie Bergin who added that she looks forward to getting student letters asking if she likes cats or dogs or how she likes to spend the holidays. One staff member said one of the best letters she received contained only jokes.

Part of the opening celebration included recognizing Gail Weiner, a Primrose teaching assistant who has led the students as head Postmaster at the Wee Deliver Post Office for 20 years. She was presented with a special Gail Weiner commemorative stamp and a bouquet of flowers. 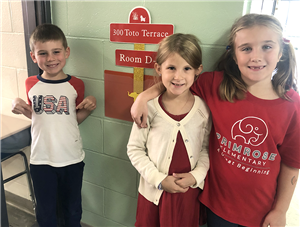 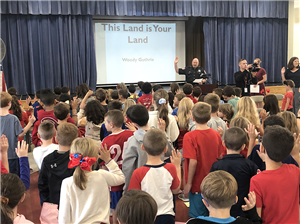 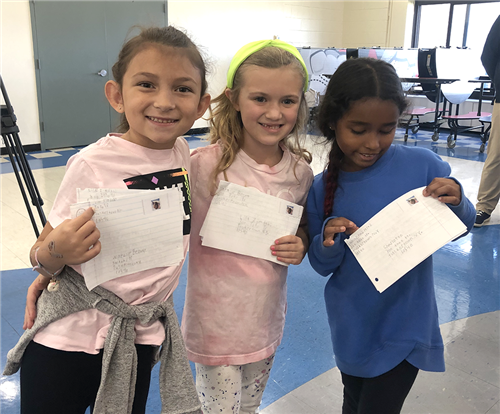