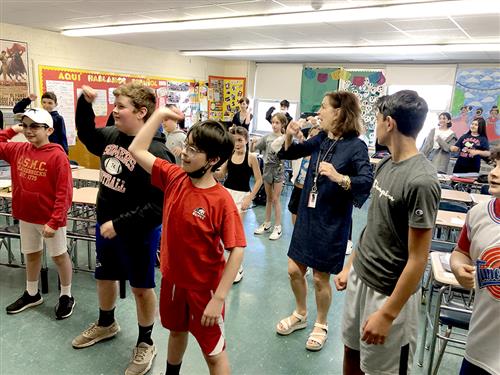 It’s May 5 and that means it’s time to celebrate Cinco de Mayo. Somers Middle School World Language teachers used this annual Mexican American celebration to clear up misconceptions about its origin, discuss why it is celebrated and have a little fun with their students in the process.

Cinco de Mayo is celebrated each year to mark the victory of Mexican farmers over the large French military at the Battle of Puebla on May 5, 1862. “There is a misconception that Cinco de Mayo is Mexican Independence Day,” Annette Soares told her sixth-grade Spanish class. “It’s a story of overcoming obstacles and how that sense of pride is celebrated.”

Soares added that Cinco de Mayo is not a national holiday in Mexico but is mainly celebrated in Puebla and in various Mexican American communities in the United States to commemorate their culture and heritage. “Los Angeles has the biggest celebration,” she said. 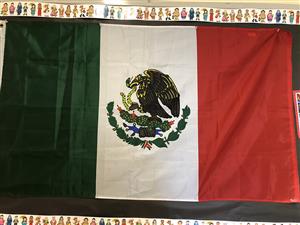 Students watched videos to learn more about the annual event and some of the fun facts surrounding it like parades, mariachi music, colorful costuming and the celebratory foods including mole and avocados – nearly 80 million avocados are consumed each May 5.

Student Novacelia Laubis said the Cinco de Mayo lesson in class was a fun way for her peers to learn about her heritage. Laudis said her family celebrates their Mexican American heritage often with traditional foods like homemade tamales. She added that on Cinco de Mayo, guacamole made fresh in a molcajete – a mortar and pestle used to crush the ingredients – is a special treat.

The students in Soares’ class and down the hall at Angie Gottlieb’s classroom learned a Mexican line dance called Payaso de Rodeo which is danced at many Mexican celebrations.

“We learned about Cinco de Mayo, answered questions in class such as why is it celebrated and important and how it’s celebrated in Mexico versus in the United States,” Gottlieb said. 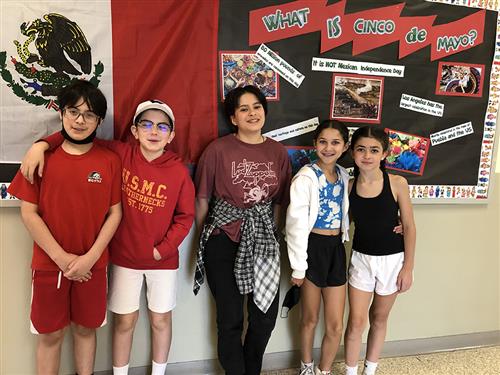