Creative Board Gaming in SMS Science 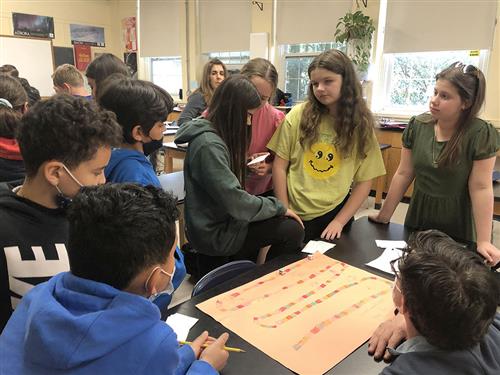 A creative twist on learning about ecosystems abounded in Curtis Dell’s sixth grade science classes as students designed board games that integrated topics learned throughout the unit.

Students had free reign to design their board games as long as they incorporated basic trivia questions from the ecosystems’ unit on topics like biotic and abiotic communities, populations, habitats and more. Projects included versions of classic board games such as chess and backgammon, Chutes & Ladders and Candy Land as well as a creative take on the iconic Battleship and the more modern Jeopardy! 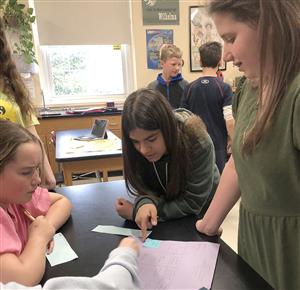 “I used to watch Jeopardy! with my great Aunt, so I thought it would be fun to base my design on that,” said Isabella Miele. Her ecosystem game was a tabletop version of Jeopardy! that included a bonus “Bella’s Big Question” like the Final Jeopardy Round worth 1,000 points.

Gabriel Stor designed Ecosystems Chess by using a regular 64 square chess board but planted 12 trivia questions throughout. Gigi Vincentz’s design, a large and winding snake, incorporated the ideas of Monopoly and Candy Land and included question cards labeled “prey” and “predator” for players to choose from. One student created Battleship with graph paper, popsicle sticks and a mini dry erase board.

Dell said the ecosystem board game idea inspires students to think creativity while learning science.  “They are learning and creating with a purpose,” Dell said, adding that he was impressed with the breadth and scope of some of the student ideas. “They incorporated the concepts in their own games and will continue to learn about the ecosystems by playing each other’s games.” 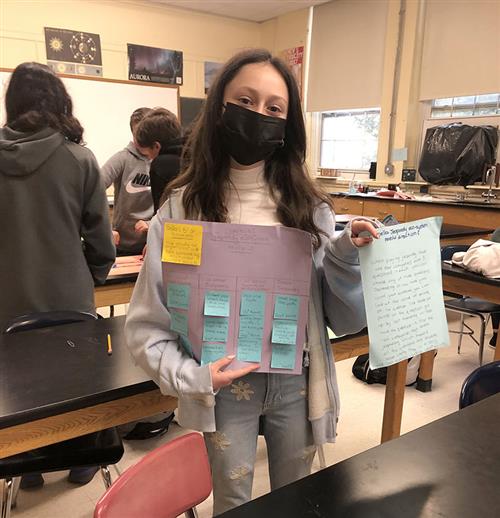 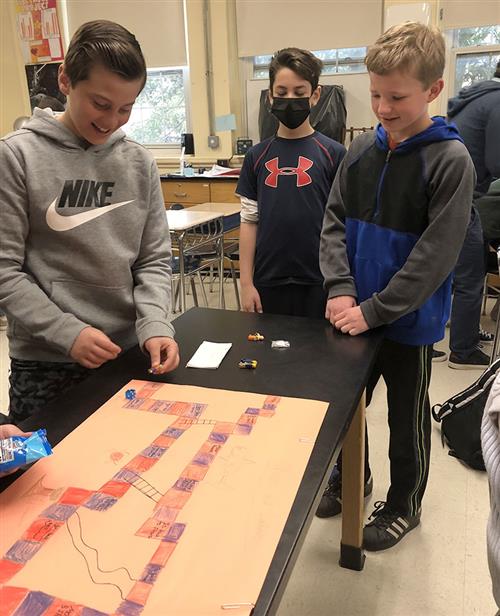 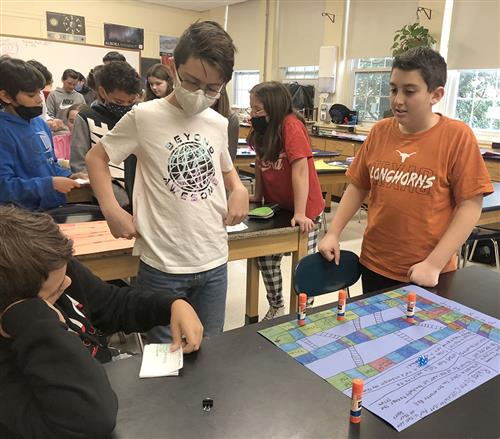