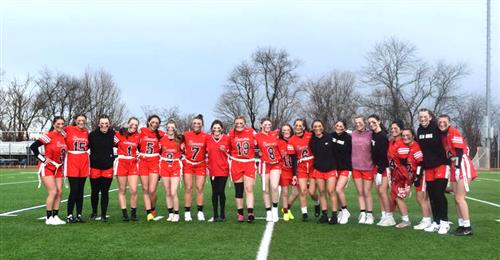 The 20 members of the Somers High School girls’ varsity flag football team are excited to be part of history in the making. They are preparing for a momentous day: their first official varsity game happens on April 19 at Brewster High School at 5:45 p.m.

“We are so incredibly excited,” said senior Juliana Bockhaus, who plays wide receiver, tight end, and defensive lineman. “We are making history as the first girls to play varsity flag football at Somers High School. It’s such an incredible opportunity and were beyond excited for our first game.” 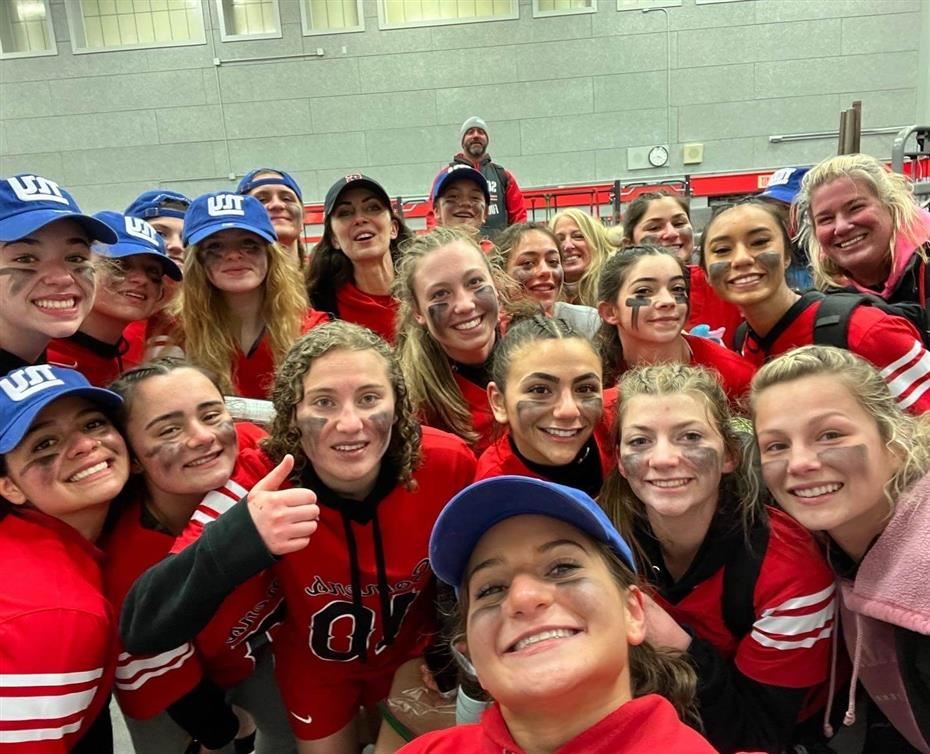 Katie DiChiaro and Jenn Kisslinger organized a girl’s flag football league for elementary school girls back in 2018. For the new high school team, DiChario has taken the helm as head coach with Marta Parker and Steve McNamara by her side as assistants and Kisslinger managing the team. DiChiaro and Kisslinger were instrumental in making the team possible through finding the Nike/NFL pilot program and asking the New York Giants to sponsor teams in the area.

The girls have been practicing for about three weeks learning fundamentals, techniques and rules. DiChiaro said improvements come daily and the
coaches are in awe of the hard work and perseverance of their players, many who are athletes already but have not played flag football before this year. “It is amazing to me to see how well they picked up the sport,” DiChiaro said. “These girls are athletic and capable and show intelligence and motivation. I am not surprised though. We know they are an amazing group of girls.”

Many of the girls who joined the team came to try something new and found that the team exceeded their expectations by leaps and bounds. “I didn’t know I would like it but now I wish that we had had this opportunity when I started high school,” said senior Savannah Baloy, a running back and cornerback on the team. “When you hear about girls playing football, you have a certain idea about it. I have had so much fun waiting for the first game and I am so excited to see for myself what we can do.”

Senior quarterback Lily Carino grew up in what she calls a football family and always wanted to play the game herself. “I am so excited for the first game,” she said. “All the girls bring their individual talents and together we have such good chemistry. I honestly think people will not expect us to be this good.”

Senior Alicia Hawkins who plays wide receiver and safety said since the girls are all new to the sport, the “nothing to lose” mentality plays a huge role in the positive and successful beginning to the team. “What we are doing has never been done before, and therefore there are no expectations,” Hawkins said. “I am incredibly grateful for the chance to set the tone for a program that I undoubtedly believe will grow into one of the most popular this area has ever seen.” 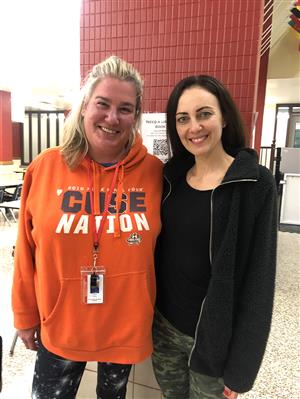 Hawkins said this is a great opportunity for them to demonstrate not only their abilities as players, but their capabilities as athletes. “I'm happy, but I'm not satisfied,” Hawkins said. “I think there's still work to be done towards improving football as a women's sport. We have clearly demonstrated that we are perfectly capable of carrying out field goals and playing on the same size field as the boys’ varsity team.”

Last week, eight participating high schools met on Tusker turf for a season kick-off jamboree that included drills monitored by various members of the New York Giants along with 7 on 7 scrimmage games to get things moving.

Somers will meet each of the nine area high schools in the pilot program for one game each. They are Scarsdale, Peekskill, Brewster, Lakeland, Panas, Hastings, Greenburgh-North Castle and Mahopac.