Where does energy come from and where does it go?

Students have been learning about kinetic energy, potential energy and elastic energy in this science unit. They designed and tested out Spool Cars, homemade wind-up toys, to put what they’ve learned into action. 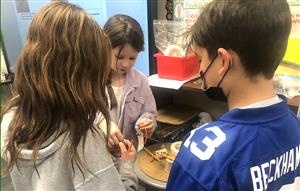 Students tested out their racers on level surfaces - tables, bare floors and areas covered by rugs. They experimented with the correct amount of spinning necessary to power the Spool Cars.

“The spinning rubber band attached to the eraser creates the motion when you let go,” said Jianah Rosa. Rosa said spinning the rubber band less would power her car but determined that spinning it more like 30 times did the trick.

“The rubber band is like a battery,” added Conor Gilbert. “You can charge it, but you can also over charge it by spinning too much.” 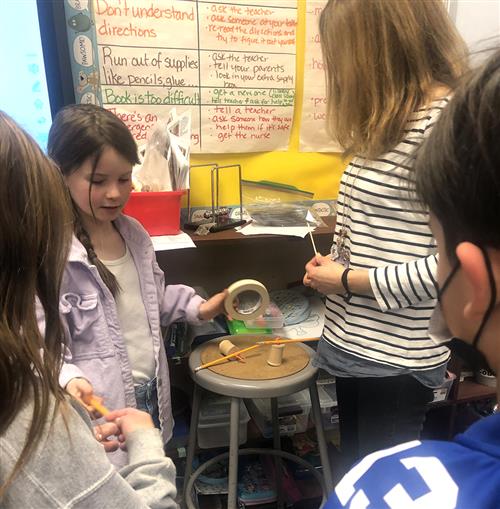 Hill’s class recently completed a Car and Ramp experiment and explored potential and kinetic energy, friction, and momentum using ramps at various inclines to move their cars. They compared the similarities and differences between the two experiments.