Board Game Project Gets Seventh Graders Thinking About Future 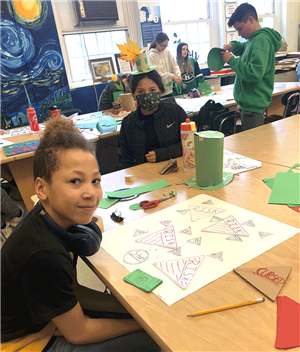 Using the iconic The Game of Life as their starting point, seventh graders explored the different paths and roadblocks they might face between now and reaching the age of 25.

Students designed their own board games complete with accomplishments, goals, setbacks, milestones and varying paths. Family and Consumer Science teacher Karen Paciullo said the students’ creativity with their board games was boundless.

“Some used designs from childhood games like Candy Land or Chute and Ladders as a base while others came up with their own unique plan,” Paciullo said.

Molly Cutler’s game “Double Path” gives players the chance to follow different paths to 25. The object of the game is to attain more achievements and reach more goals although there are some roadblocks along the way. “I thought about the Game of Life and how it’s like a road for you to follow,” Cutler said. 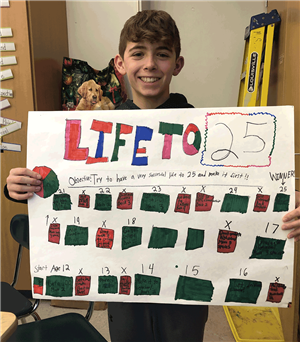 Danielle Donnelly made her game “Time Till 25” a colorful board around her personal goals for success. Her first goal is to get her driver’s license. “I am excited to paint my parking space at Somers High School,” she said. Her game board has other life events she plans on attaining – graduate high school, then college, a move to Toronto and possibly playing professional hockey.

Nick Frey’s “Route 25” is a game of curvy paths to successes like going to college, getting a job, making money and buying a house. But since life is not always easy or predictable Frey gives players options– take a safe route making less money or a risky route with more money and chances to lose.

Paciullo said she was impressed with what her seventh graders came up with. “They used their own original concepts in thinking about what kinds of goals and achievements they want for themselves,” Paciullo said. 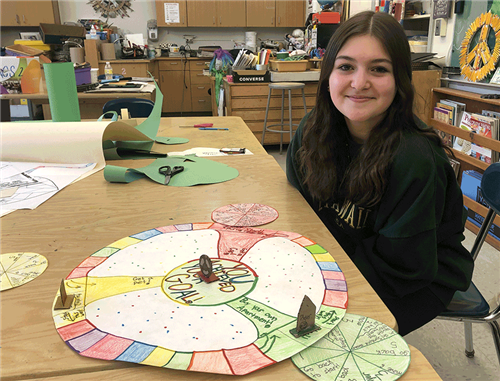