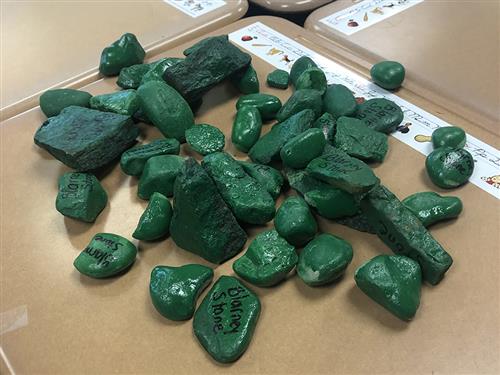 What could be better than a “trip” to Ireland to kiss the Blarney Stone on St. Patrick’s Day?

Third graders in Joanne Makar’s class at Somers Intermediate School had an all-around Irish excursion this week. Decked out in green and shamrocks, they began with a virtual tour of Ireland to learn facts about the country including the climate and the color and meaning of the Irish flag. Students also learned about folk tales, fairies, leprechauns and the legend of The Blarney Stone that says those who kiss the giant centuries-old limestone rock in Blarney Castle will receive the gift of gab. Students wrote persuasive essays to convince others to kiss it or not. 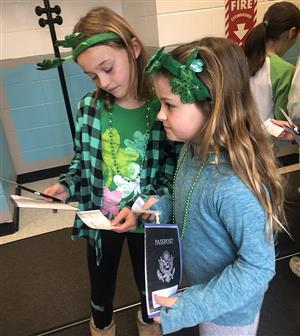 Their Irish excursion today began with a visit to Officer Kat Cristiano in the lobby who checked their passports and boarding passes. Officer Kat stamped the passports and sent them on their way to Ireland to visit Blarney Castle.

Just like at the famed castle, Makar’s classroom was set up with a walkway for students to traverse on their way to give their own Kelly-green Blarney Stone a peck while laying upside down. “It’s a fun experience for them,” said Makar who has been doing this activity since her own trip to Ireland several years ago.  “We start with the background of the Blarney Stone, the castle, and the legend and then students finish with their persuasive essays on whether to kiss the stone or not.”

The legend says that kissing the stone gives those the gift of persuasiveness and eloquent speech and student essays were mostly in support. 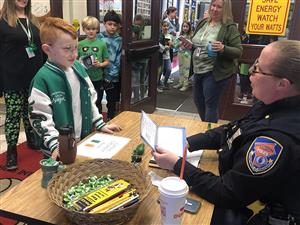 “By kissing the Blarney Stone, you will get the gift of gab and you can talk others into doing something,” said student Ryan Sabanosh. Like what? “Talking our teacher into not giving us homework.”

Aubree Pierrotta agreed. “I want the gift of gab so I can sweet talk my teacher into never giving us homework again,” she said. But since that is not likely, Pierrotta said she will settle for the using the legend of the Blarney Stone to persuade her classmates into not talking so much during class.

But Renisa Demaj said that she does not really believe in the legend and wrote her persuasive essay trying to convince others not to buy into it. “It’s kind of a weird story,” Demaj said.

The students wrapped up their Irish excursion with some Irish soda bread and Irish music. 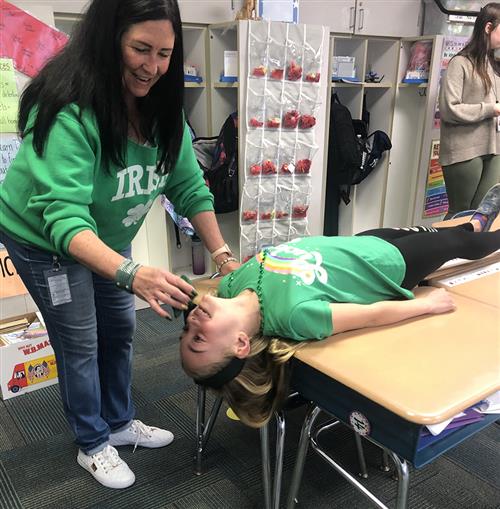