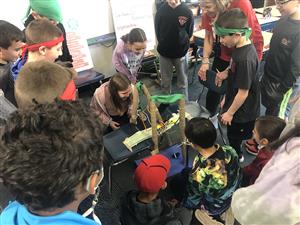 Towers? Check. Cables? Check? Suspenders? Check.
But can this bridge endure an earthquake? Third graders in Sandra Dulyk’s class were up to the challenge.

Schantz led the students through a brief history of earthquakes that shook bridges in San Francisco and challenged them to design and build their own bridge that could withstand an earthquake of similar magnitudes. 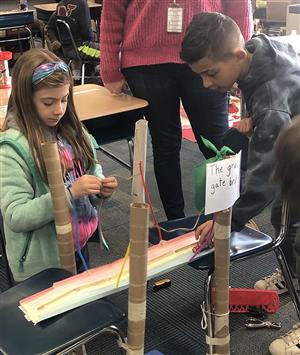 The ideas were flying as students got to work designing their bridges. One group used popsicle sticks reinforced with tape for a jersey barrier so cars stayed on during a quake. They also created an extra safety mechanism - a railing by folding up the cardboard bridge lane. “I am making a railing so that the cars don’t fall off,” said Charlotte Frankie, who with her group, created the Green Gate Bridge. 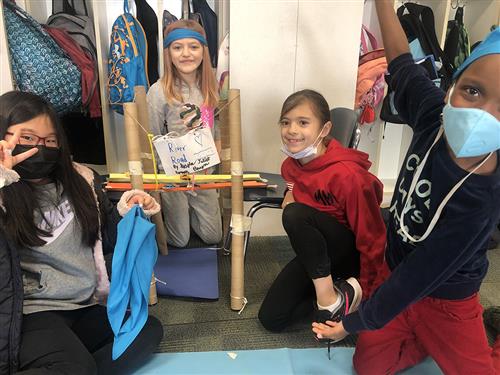 Carter Iglesias and his group used the popsicle sticks under the road to ward off buckling during the shaking. “Putting the sticks under the road was a little challenging,” Iglesias said. When they tested out their bridge, Fruity Cheering Bridge, they learned that the popsicle sticks kept the road intact but the gap between the two lanes proved to be the demise of several toy cars that fell into the San Francisco Bay.

“It was great how they all came up with some different ideas and really worked so well with their team for the challenge,” said Schantz, who will be visiting all third grade SIS classes for bridge building this week as well as other STEM enrichment activities for fourth and fifth grade coming up. 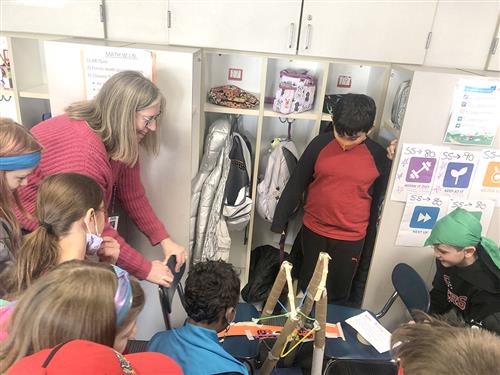