“She really had a double whammy of being Black and female and yet she was able to do so much,” seventh grader Jordyn Wolt said about Hazel Johnson-Brown, a nurse, educator and the first Black female general in the United States Army.

Students in Edward Mullaney’s seventh grade Social Studies class at Somers Middle School spent time exploring and celebrating some of the lesser-known names in Black history and were given a fact-finding mission on how their accomplishments and the obstacles they overcame have helped shape our world. 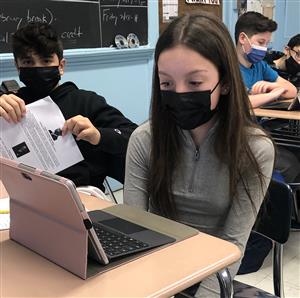 Mullaney touched on the origins of Black History Month and introduced the students to physician Charles Drew and Carter Woodson, the “Father of Black history.” It was Woodson who, in 1926, lobbied for schools and organizations to encourage the study of African American history and culture that later became Black History Month. Woodson chose February as Black History Month because of the birthdays of Frederick Douglass and Abraham Lincoln.

“The list is varied and deliberately orchestrated to go deep and wide - with an emphasis on African Americans whose achievements are mighty, yet often overlooked and under-represented,” Mullaney said. 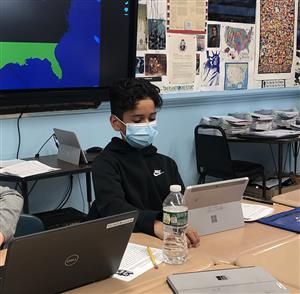 Student Luke Joseph said he was inspired to find out about Vivien Thomas, pioneer of a surgical procedure that helped treat infants with poor circulation.

“He had no formal medical training and he helped develop a procedure,” Joseph said. “He was so accomplished. His story is inspiring to me.” 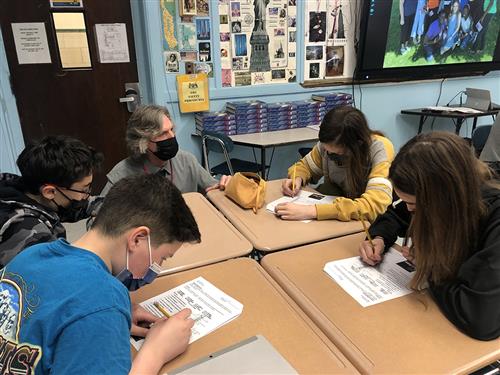 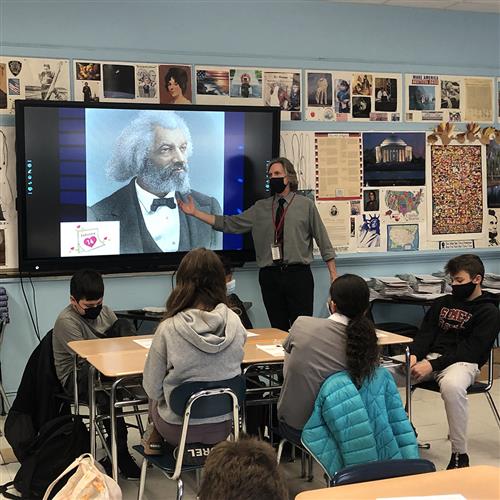