SIS Students Get Lesson in Art of Krav Maga 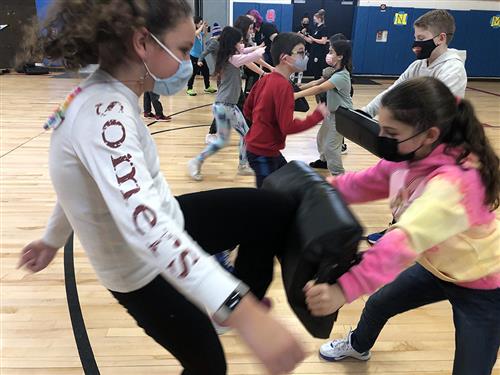 Today’s gym classes at Somers Intermediate School were all about Krav Maga, a modern, fast-paced, high intensity self-defense system from Israel. Emily Lagace and Erin O’Neill from the local Krav Maga New York in Somers gave students an immersive lesson on some of the basic techniques of this self-defense system.

Students learned the correct motions for high kicks, low kicks, knee strikes, and double palm strikes and then used a foam “striking shield” pad to attempt the techniques against a partner. They also “shadow boxed” around the gym to practice the movement in motion. 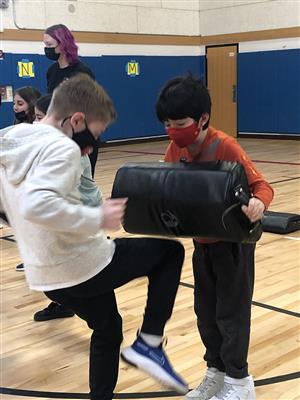 Fourth graders Gabby Maher, Lyla Gaudio, Emily Scocozza and Michaela Monteleone were excited to try the kicking. “We’re having so much fun,” Scocozza said. “I’ve never done anything like this,” Maher added.

Krav Maga is a special skill set that should only be used for self-defense, O’Neill told the students. “These kinds of strikes are only used in dangerous situations,” she said.

Krav Maga originated as a street fighting technique that was eventually incorporated as training for the Israeli Defense Forces in the 1950s. It combines boxing, Judo, wrestling and other martial arts movements. 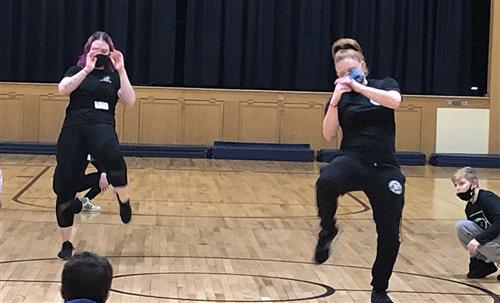