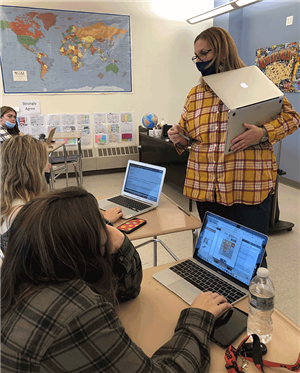 What do people base their decisions on when presented with limited information? Students in Christine Spencer’s IB Psychology class at Somers High School are using research skills to get a better understanding of how biases enter judgment and decision-making within our society.

Students have been conducting research on cognitive bias. They are exploring optimism bias – the belief that negative events are more likely to happen to others than themselves. Students are also exploring whether one positive aspect of a person will lead to an overall positive perception of that person, a phenomenon called the Halo Effect. 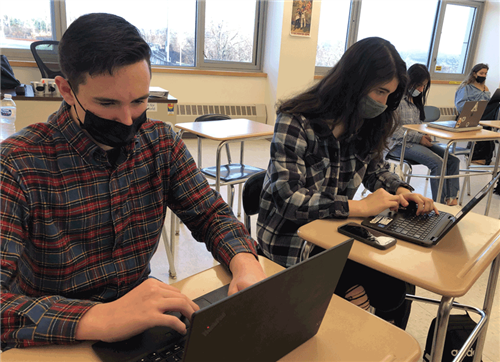 IB Psychology students assumed various roles including psychologist and statisticians, and have enlisted the help of their fellow Tuskers in order to gauge perceptions of various situations. Will they think a painting is better if it took the artist longer to paint? Do we think a higher priced guitar is a better than a lower priced one? Does a person’s clothing make them appear smarter?

Students have conducted their research in various ways including popping into classrooms to survey their peers in person as well as utilizing Schoology for a more anonymous sampling.

Juniors Jack Healy and Arielle Zeitchick are studying the Halo Effect. They showed a video of a teacher and each group saw him with a different demeanor.

“There was an extreme difference on how he was viewed by both groups,” Healy said. “There was much a higher appeal by students for the warmer demeanor of the teacher.”

Another experiment on optimism bias by seniors Ella Goldman and Esther Thomas looked at whether people are more apt to think they will encounter good fortune and bad luck will befall others.

“Humans have a tendency to have a universally positive outlook on their own future versus that of another person,” Thomas said. She added that their research, an online survey to poll their peers on both negative and positive events happening to them, revealed this fact.

IB Psychology students have studied research methods in experiments as well as a unit on memory and the study of thinking. 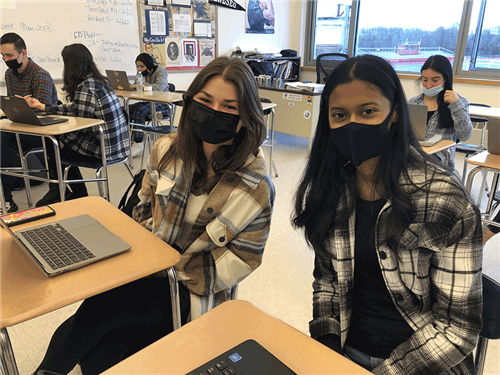