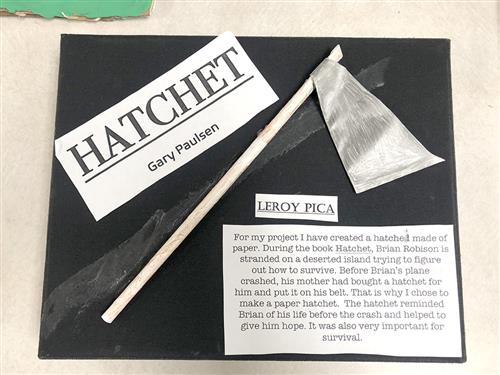 Students in Jen Hill’s fourth grade class at Somers Intermediate School created projects based on their favorite parts of the book “Hatchet” by Gary Paulsen, an exciting survival story of a 13-year-old boy who is stranded alone in the Canadian wilderness following a plane crash. 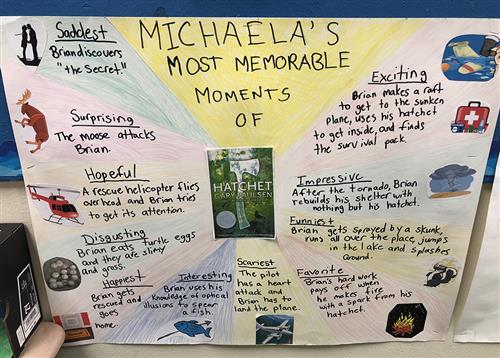 The students recently finished reading the book and were tasked with sharing their favorite scenes in a project of their choice.

Sabrina Ramos said her favorite part of the story is when the main character, Brian, is sprayed by a skunk while trying to protect his stash of turtle eggs.

Both Michaela Gallo and Matteo Chiodo said an important part of the story is how Brian learned to make his own fire for heat and cooking and based their projects on the fire.

“It was really important that Brian learn how to make a fire so that he could cook food,” Chiodo said. He included in his project drawings of a perch and a fire.

AJ Zywotchenko’s diorama was modeled after the scene where Brian jumped into the water to retrieve his survival pack and hatchet from the sunken plane. 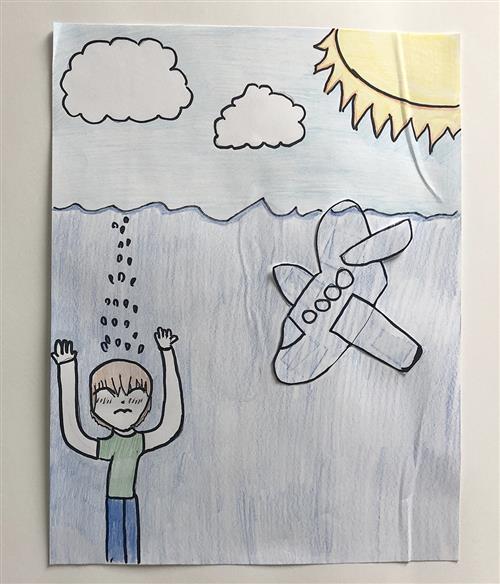 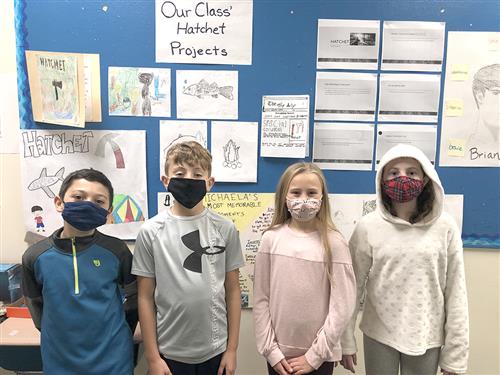