“It was really fun being the postmaster and you get to stamp letters,” exclaimed second grader Samson Pica.

The official bright blue USPS mailbox received the letters to be sorted and delivered by the first shift of the Primrose Elementary School Wee Deliver Post Office. The Grand Opening was marked with a patriotic and music-filled swearing in celebration via Zoom on Wednesday for the 160 second graders who will be the school’s postal workers in the coming months.

“I am so excited for you,” said Principal Katie Winter. “You have all worked so hard and learned so much about the postal service for your new jobs.” Students took a postal exam, submitted applications and were interviewed by members in the school community including Superintendent Raymond Blanch and Student Resource Officer Brian Pavletich, who did the official swearing in of the students. 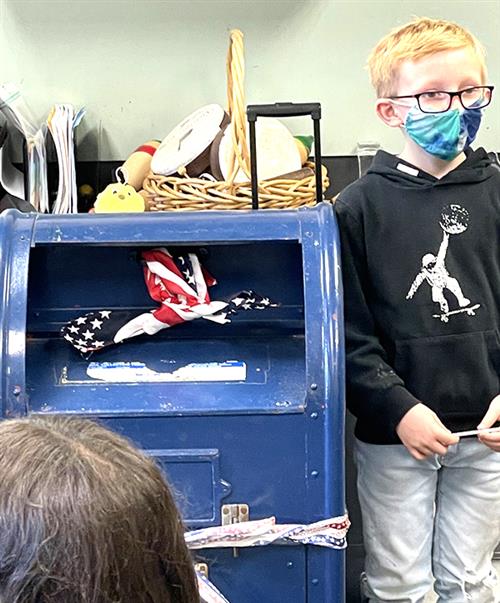 With email, Wi-Fi and the internet more popular pastimes, letter writing is a bit of a lost art. But Winter told the students that many people still rely on the Postal Service for important letters and the sense of community a post office gives.

“The letters carried by members of the PES Postal Service help so many fellow students read and write,” said Assistant Principal Meg Benedetto. She added that the walks of the Primrose postal workers through the hallways show a model of independence to the younger students.

Second grade teachers started the Wee Deliver Post Office several years ago in order to integrate lessons about community life with letter writing while providing older students with some real-life responsibility. Teamwork, time management, task completion, and writing skills are just some of the benefits to students that come from the Wee Deliver Post Office program. 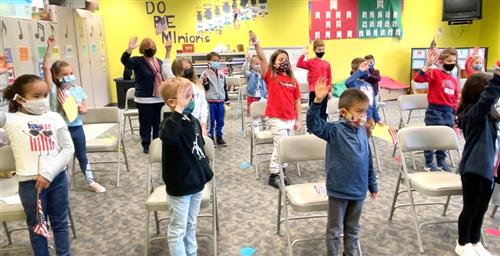