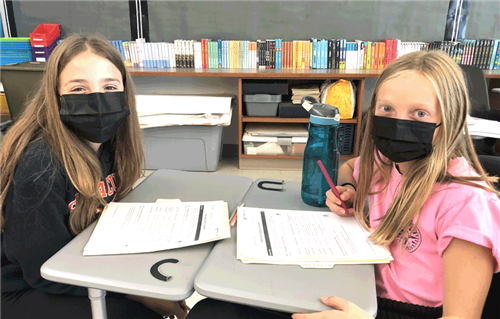 Extroverted? Agreeable? Conscientious?  These are some of the questions students in Dawn Stanczuk’s sixth grade ELA class at Somers Middle School are thinking about as they dive into a unit on characters. Students are learning about personalities, how character traits can often change over time as we mature, and how to use that knowledge to better understand characters and people. 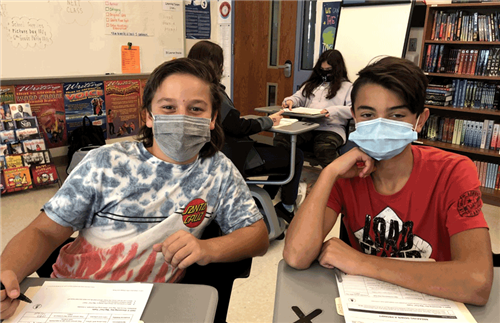 During their unit on “Characters Who Change and Grow,” students began by reading a non-fiction article that focused on whether people’s personalities can change over time. They used what they read to identify common personality traits of people they know using the “Big 5” character trait list.

“Hey that sounds like me!” one student said about extroversion.

Stanczuk explained that students worked together to come up with a list of people they know who share the Big 5 traits. Using parents, neighbors, teachers and classmates as well as themselves, they talked about people who exhibited the traits of openness to new experiences, those who are conscientiousness, extroverted, agreeable, and show emotional stability. 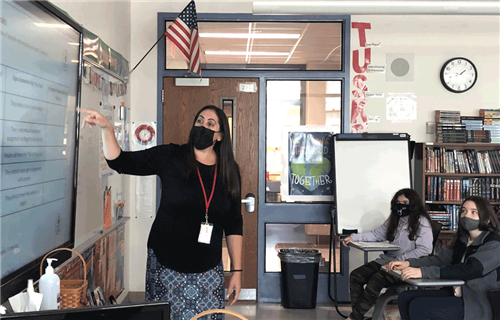 This learning will carry across the unit as they read and analyze several short stories and write about themselves and different characters who change and grow.  The unit will culminate in a literary essay where students will write about how both characters, and they, change because of important people in their lives.