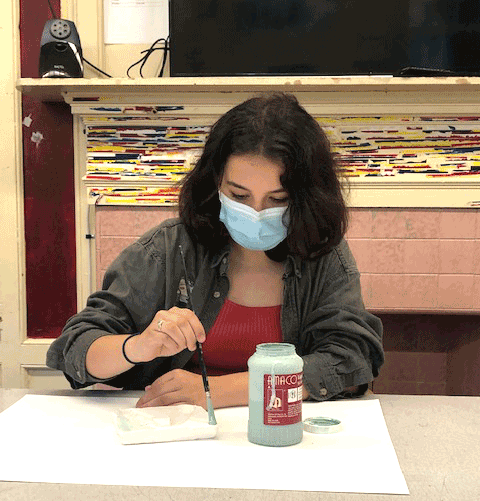 It’s been a while since the kiln and clay have been used, but Gary Wanderlingh’s eighth grade art students used the project to test the usefulness of the clay that had sat on a shelf for the past year and a half. Students made simple carvings of their initial into a six-inch clay slab, using either a positive or negative design. Once dried, students painted their tiles with glaze, what Wanderlingh told students to look at as “not paint but liquid glass.” 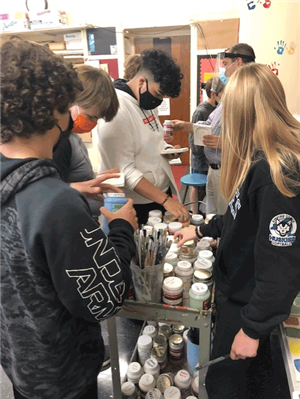 Students learned that glaze turns a mold of clay into an aesthetically pleasing as well as functional piece. The glaze, he said, turns the clay piece into something decorative but also seals it to make it waterproof and food-safe. He also explained the chemical reactions that happen when glaze is heated to an extreme 1500-1700 degrees in the kiln. “The three coats of glaze you put on your stoneware is going to look very different when it’s heated,” he said, pointing to a jar of light pink glaze that will turn fiery red in the kiln.

“We are really testing out the glaze and the kiln in this fun project,” Wanderlingh said in a recent class. He showed them examples of finished glazes on a slab of heated ceramic and told them not to be too picky about the color they choose.

One student, part of the group that helped Wanderlingh stack the shelves in the kiln for the project, said he was excited to dive into the clay project in class. “I am more interested in this than I thought,” Antonio said. “Working with clay is a completely new process for me.”

Katie, who chose turquoise and red for her “K” tile, said she was thrilled to see the finished project. “It’s very cool to hear about how the chemical change happens,” she said.

The clay unit in art class was shelved due to COVID-19 and the kiln and clay have sat unused. But with art class heading back to normal, Wanderlingh figured this was as good a time as any to take the plunge into clay firing and working with glaze. With the success of the tile project, students can now venture into a larger clay project starting next week. 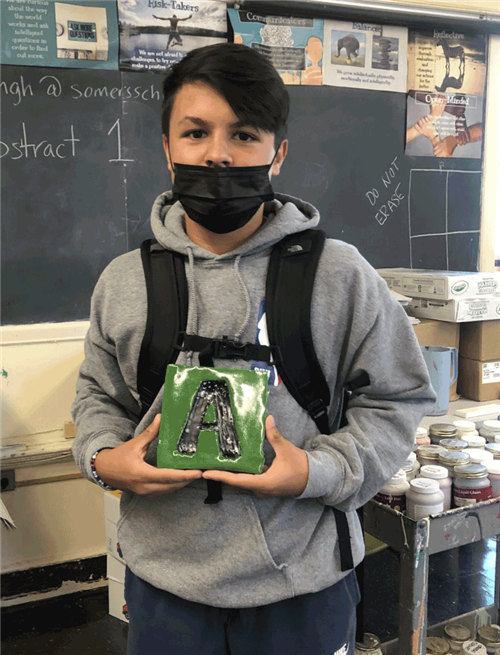 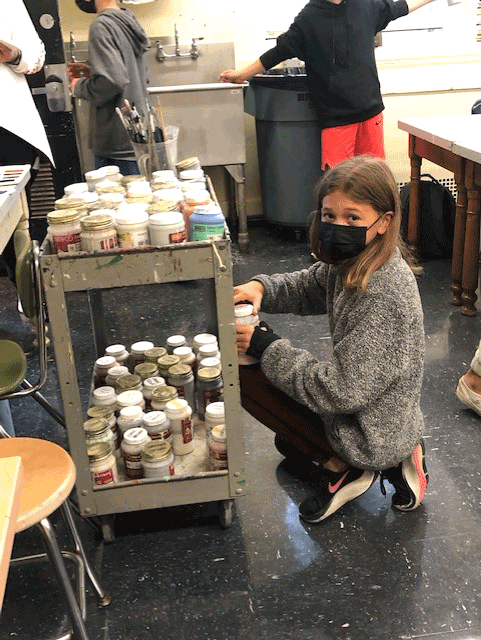