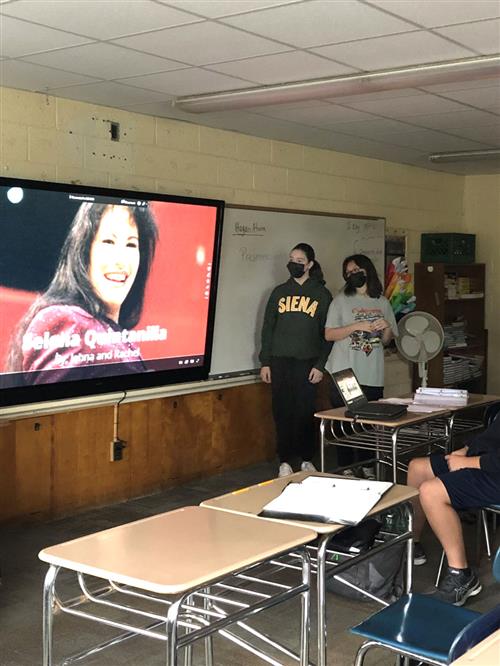 Lionel Messi. Frida Kahlo. Selena Quintanilla. La Tomatina. These people and events are just some of the subjects World Language students at Somers Middle School have been diving into to celebrate Hispanic Heritage Month.

Allison Pepe’s seventh graders and eighth grade students in Angie Gottlieb’s Spanish classes created projects focused on both individuals who made important contributions to Hispanic culture as well as significant cultural events within the Hispanic community.

“Through the Hispanic Heritage Month project, I've learned about soccer players, singers, artists, musicians, and screen-writers,” said seventh grader Anna Huber. “All these amazing people have had such a positive impact on our community. They are really inspiring." 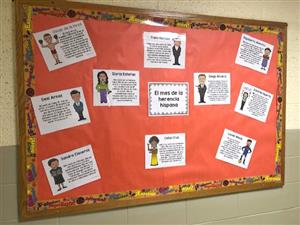 Students researched people or events in the Hispanic communities across the globe, learning about key figures and events and sharing what they had learned with classmates. As they researched, students also looked for connections to the International Baccalaureate Middle Years Programme Learner Profile and discovered that many of the people they researched fit into the IB “risk taker” category.

Eighth grader Allison Cabo said it was interesting to learn about some key public figures she did not know were Hispanic. “There are so many famous Hispanic people that are important,” she said. “My project was on Laurie Hernandez and I learned that she was the first Hispanic American gymnast to compete in the Olympics since 1984."

Eighth grader Julian Ramirez researched La Tomatina, an annual tomato throwing food fight that happens at the end of August in Spain. “It was interesting to learn about the Tomatina Festival and how it originated,” he said. “I never knew that it happened by accident during a parade after someone fell on a tomato stand."

Ramirez added that he learned a few new things about famous members of the Hispanic community during other presentations by his classmates. "I was extremely surprised to find out that Selena Quintanilla was killed by her own fan club president,” he said. 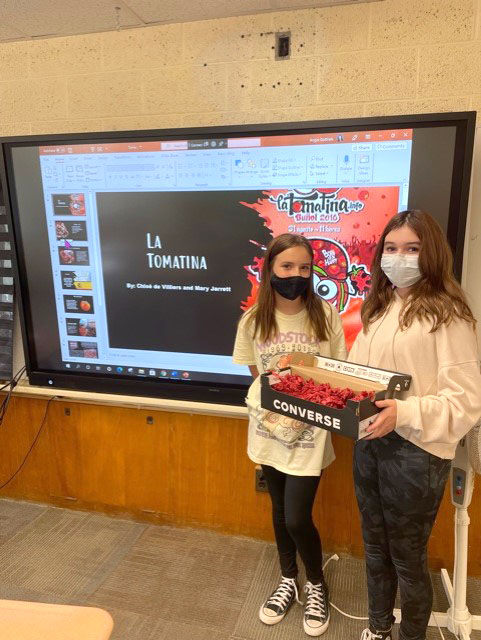 Hispanic Heritage Month is celebrated from September 15 through October 15. Students are also spending time listening to mini-biographies of important Hispanic figures and discussing them in class. A bulletin board in the front hall of the middle school celebrates artist Frida Kahlo with smaller boards in the World Language wing featuring some other well-known members of the Hispanic community. 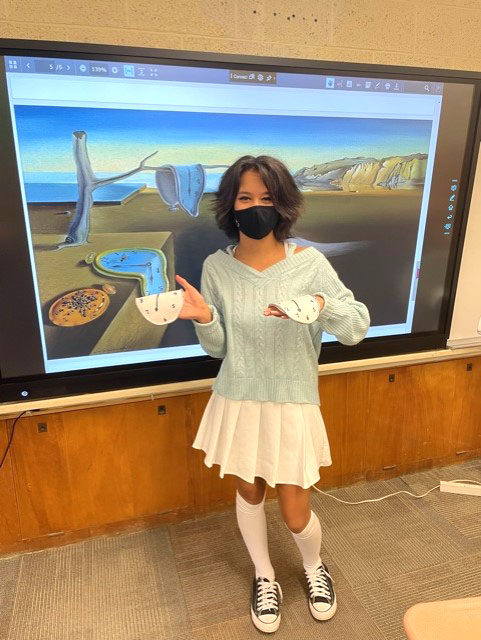